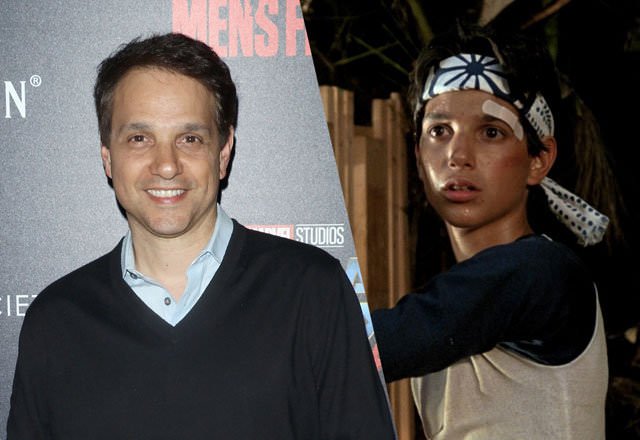 It looks like Daniel-san is going to wax on/wax off once again as word comes that Ralph Macchio will reprise his role as Daniel LaRusso in a new Karate Kid series for YouTube Red titled Cobra Kai. William Zabka will also get to “sweep the leg, Johnny” once more starring opposite Macchio as Cobra Kai bully Johnny Lawrence. Macchio portrayed LaRusso opposite his martial arts mentor Mr. Miyagi (the late Pat Morita) in the 1984 classic as well as two sequels, while Zabka briefly reprised Johnny for the opening of The Karate Kid Part II.


The 10-episode, straight-to-series Cobra Kai is a half-hour comedy set 30 years after The Karate Kid Part III, which follows a down-on-his-luck Johnny (Zabka) reopening the Cobra Kai dojo and reigniting his karate-fueled feud with the now-successful Daniel (Macchio), who is struggling to maintain balance in his life without Mr. Miyagi.

Cobra Kai will be scripted by Josh Heald (Hot Tub Time Machine) alongside Jon Hurwitz and Hayden Schlossberg (the Harold and Kumar trilogy), with the latter duo directing much of the series. Macchio and Zabka will executive produce alongside James Lassiter and Caleeb Pinkett of Will Smith’s Sony Pictures Television Studios-based Overbrook Entertainment.

“Like everyone who grew up in the 1980s, the three of us are enormous fans of The Karate Kid,” Heald, Hurwitz and Schlossberg said in a statement. “‘Cobra Kai’ will be a true continuation of the original films — packed with comedy, heart and thrilling fight scenes. We can’t wait to reignite the LaRusso-Lawrence rivalry, and we’re thankful to our partners at YouTube Red, Sony Pictures Television and Overbrook for their shared enthusiasm in making our dream project a reality.”

Directed by the recently-passed John G. Avildson, the original Karate Kid was a sleeper hit at the 1984 box office, grossing $90 million. It spawned two Avildson-helmed sequels starring Macchio and Morita in 1986 and 1989, along with a 1994 spin-off The Next Karate Kid starring Morita and a young Hillary Swank. There was also a short-lived animated series titled The Karate Kid that aired on NBC Saturday mornings in 1989 for 13 episodes.
You must log in or register to reply here.
Share:
Facebook Twitter Reddit Pinterest Tumblr WhatsApp Email Share Link
Top