We are getting closer to the production starting, so I might as well get back to the thread

Sylvester Stallone ‏@TheSlyStallone 12. mar
Writing EX3 at the moment... there are going to be mountains of surprises..

Lets wait and see, the cast will probably arrive during the weekend as shooting starts in Bulgaria on Monday

Sure Mason, but people should also remember Bulgaria is not the only place shooting is taking place, they are going to go to the US at some point, so its likely that - if they are involved - cast members still uncertain like Rourke, Cage, Seagal etc. could take part there.

Anyway, according to expendablespremiere.com Gibson is due in Bulgaria at the end of this week and Ford in early September so things are getting underway soon enough..

We will know by next week who is in

As far as I know they are shooting ten weeks in Bulgaria and that's that, they haven't mentioned shooting in US anywhere.

Someone linked a recent interview in the Maximum Conviction thread where Seagal mentioned that he had been offered Expendables, but didn't say which one.

At this point I doubt he is in EX3, maybe Sly talked with him, but never actually offered him a part, or maybe he got offered a part and he declined, who knows.

I would like to see him in the movie, but would prefer if he got in shape for it. Just for the fun of it, here are some recent pictures of the cast of Expendables 3: 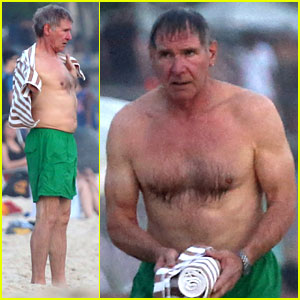 And I don't think I need to post pics of Lundgren, Crews or Couture.

My point is, could you imagine seeing Seagal in the same scenes with these guys in his current shape? He would look like total crap compared to these fit guys. He would be wearing his usual ten layers of clothing, a scarf to cover up the neck, dark lighting, the works.

Seagal is officialy out of The Expendables 3.