Thought I should post this article; It is referring to a exclusive charity event ($3500 per table) that is sold out nonetheless, but at least he's getting out and we might get some reviews of his band. "This Thursday" I assume to be referring to Thursday 13th October.

Hollywood tough guy Steven Seagal will be in town Thursday, bringing his band to serenade the seventh annual Dreamcatcher Foundation’s gala benefit and awards night at the Hamilton Convention Centre.

Seagal, known for his pony tail as much as his mastery of Aikido martial arts, has released two blues-rock albums in recent years and tours regularly with his band Thunderbox.

The $3,500-per-table gala will be hosted by American actor Wes Studi (Avatar, The Last of the Mohicans) and Canadian singer Andrea Menard.

“People are coming from across Canada and the United States for this event,” said Dreamcatcher spokesperson Sara Awdish.

Dreamcatcher is a Six Nations-based charity that has given out $8 million in almost 6,000 grants to aboriginal community groups across the country. The foundation was formed by Grand River Enterprises, a multimillion dollar aboriginal-owned tobacco firm based in Ohsweken.

When not filming his TV shows like True Justice or Steven Seagal Lawman, the 59-year-old Lansing, Mich., native tours as a singer-guitarist with Thunderbox.

Seagal, a Buddhist, is involved charitable groups such as People for the Ethical Treatment of Animals (PETA) as well as being active in Tibetan and native American issues.

“Steven Seagal has done a lot of work with First Nations,” Awdish explained. “He has been highly interested in the Dreamcatcher Foundation and the work it does to help the Aboriginal peoples. He has become close with Daniel Brant, the CEO of the foundation.”

But seriously...when people ask my why I love Steven..THIS is a big part of the reason why...he is so giving

Boy for an moment there i thought the Aboriginal people of Australia may have got an mention..silly me

yes i know what you mean Barbara iam with you he is one of an kind despite what others say ...

He looks good in Canada...aye? 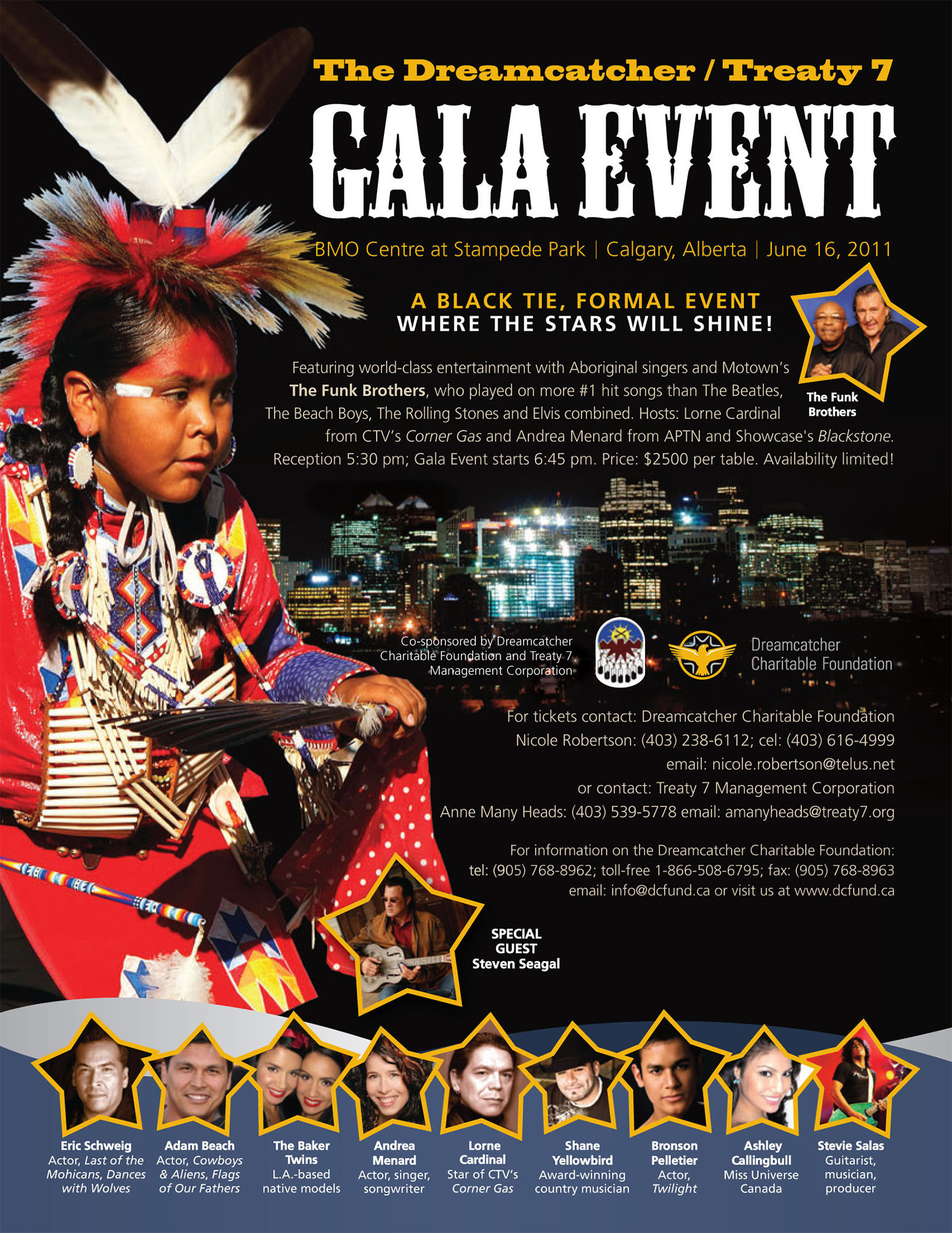 It was not the good advertising, here is the good one :

and photos where can found for now nothing.

Oh iam sure some pics will show up sooner or later after this 'heart and soul' gala night .. we are starting to get things filtering through from other things..

Blimey talk about an eye full

that chick could be classed as an deadly weapon with those boobs there but the focus is on Steven and i so dig that tie..

Thanks Danistz great pics he really puts his all into his music ..hope one day he may put out another CD ..

Staff member
Thanks for the pics. He looks great and happy!