Overview Reviews (1)
Plot:
In this international action-thriller, Steven Seagal stars as Harmon, a CIA/DEA enforcer investigating Arab terrorists captured in Mexico. With his team—seductive FBI agent Zara (Jemma Dallender) and spy-drone pilot Sharp (Russell Wong)—he flies to Istanbul and uncovers a brutal plot: Islamic extremists plan to use Sonora drug-smuggling routes to bring deadly weapons, and leaders, into the U.S. To prevent an attack on America, Harmon must turn these two savage forces against one another before his time—and his luck—run out.Contract to Kill is both written and directed by American filmmaker Keoni Waxman. 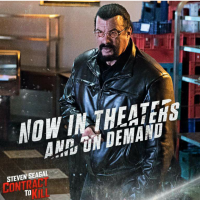 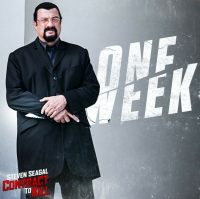 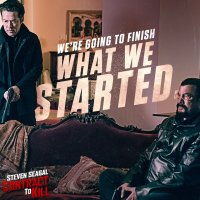 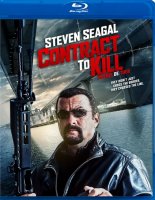 The Plot: Seagal plays ex C.I.A operative john Harmon. His character seems like an off-shoot of Jonathan Cold (more 'The Foreigner' than 'Black Dawn' though) Harmon is lured back into taking out an Islamic terrorist, who is brokering a deal with Mexican Gangsters in Istanbul (?) for safe passage into the U.S. in order to activate (previously planted) 'cells'

As part of a 3 person team, Harmon utilises technology and surveillance to play both fractions off against one another. When given an eleventh hour change in plan by his handlers, Harmon disobeys orders and together with his team, take the fight to the badguys on the night of their meeting.

Action: Despite a rather talky start, the movie moves along at a fairly brisk pace, and is pretty much non-stop carnage, for the final third of the movie. However, the action is rather low-key (so don't go expecting any huge set pieces) what you get is about 2 or 3 explosions, a brief car chase, multiple shoot-outs and about 6 or 7 quick (but brutal) fight scenes for Seagal. The quick cut editing is on display (as per usual) but there's a few longer shots of Seagal dishing out punishment. The doubling is kept to a minimum. He bends a lot of arms (no snaps, sadly) flips a few guys over, kicks a couple, punches most of them, crunches one guys head open with a metal pole (ouch!) and shoots the rest (although, to be fair.....Seagal doesn't actually shoot too many people, preferring to actually fight them.....which may please those sick of the over-reliance on gunplay in previous movies?)

Production Values: For a lower end DTV movie, it looks pretty polished. As previously stated, there's no big set pieces, but the cinematography is crisp, and the locations colourful enough (if sometimes uninspired) The green screen employed in the car chase actually look stylish (for a change) The editing is good (albeit, erratic during certain fight scenes) and the soundtrack has a cinematic feel to it.

Performances: Seagal (as with 'End Of A Gun') is extremely profane throughout this. At one point, whilst giving a briefing to his team, he likens the mess of a mission to (quote) "A monkey trying to fcuk a football" (which not only raised a wry smile from myself....but also to the actual characters he says it to) Seagal isn't as 'quiet' as usual in this movie.....but speaks very slowly. Which is just as well, because most of his dialogue consists of abbreviations for various law enforcement agencies and terrorist groups and other organisations. The first third of the movie is very dialogue heavy....and if you're willing to endure a bit more exposition than usual, there's a pretty good thriller for the remaining hour. The other performers are competent enough (no one embarrasses themselves, I guess?) and Seagal's team also kick a lot of ass also (but not as much as the big guy)

Final thoughts: Whilst not perfect, Contract To Kill is a competent enough thriller. The problem being that it's marketed as an 'Action' movie. If it was sold as a thriller, it would be an action-packed thriller. But sold as an action movie, it probably doesn't have enough "kiss kiss bang bang" for jaded millennial audiences. It's problem might be that (even for a Steven Seagal movie) it's actually (scarily) plausible? Playing like a downscalled 20 minute 'Mission Impossible' segment (with a touch of 'Eye In The Sky' added for good measure) Contract To Kill isn't likely to give THREE DAYS OF THE CONDOR sleepless nights, but I do think the recent bad reviews it's received have been rather unjust. It's fairly complex, but not at the expense of 'filler plot & characters' Had the exact same movie starred a bunch of A-listers....I'd wager critics would probably praise it. Unfortunately, critics seem to expect every new Seagal movie (however low the budget) to be 'Under Siege' (and quite frankly those days, not to mention 'budgets' have long gone, I'm afraid) Fans of Seagal would do well, to ignore the negativity of the critics (let's face it, they pretty much slammed all his earlier movies as well) and give this movie a chance. The key to enjoy recent Seagal movies is to like them for what they are (and not for what they aren't)
Upvote 0 Downvote
Read more…
Top