About:
After the success of 'Songs From The Crystal Cave', Steven Seagal returned to the studio to record 'Mojo Priest'. This was released on mainland Europe on April 20th 2006. The US release followed on May 23rd 2006. The US release contains a few extra tracks that are not available on the European release.

Mojo Priest Tour:
Steven Seagal and Thunderbox have completed a tour in 2007. They played songs from the two albums and had some great fun at the various venues. Many clips are available on YouTube from the tour. 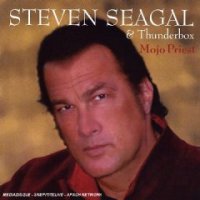 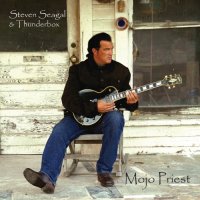