Staff member
#1
I was just realising that we do not get a new project from Seagal after General Commander.

I really hope he starts filming a new movie soon otherwise it's going to to be very quiet for the next 2 years......
Or do you guys think he is done with movies?? I hope not.

Staff member
#2
I hope his Kung Fu movie he told he was writing last year will move forward soon.
Also, I would like to see him working with Philippe Martinez again - "General Commander" looks decent so far but it's based on a cancelled TV series and most likely won't have much screentime for Seagal. I would like to see a classic Seagal movie from Martinez.

Meanwhile, we still wait for a wide release of "Attrition".
Also, I really would like to see a Director's Cut of this movie. It looks like a lot of interesting scenes were cut from the movie.

#3
You know, I was flicking through a bunch of my Seagal dvds from the 2002 - 2008 period earlier on this evening, just watching a few bits here and there of certain ones, and despite them mostly been pretty poor, they're better mostly than what has does in the last few years and he at least had a film out every single year without fail. I guess he's at that age now where he can't be bothered much anymore, plus the films get less and less of a budget and he always looks exactly the same, so I guess it's coming to an end sadly. I think he'll film something this year but it'll be another largely forgettable low budget affair. He needs another smaller role in a bigger movie like he had in Executive Decision or Machete. And if he truly, whole heartedly wants to make an Under Siege 3 somehow, then he needs to be fully motivated and lose a little weight.

#4
I think he's slowing down too.
He's probably making more money, doing his Russia/US spokesperson/Music stuff (than the DTV movies anyhow)
Like theeverlasting said, at least there was the minor classic to be found in his 'quantity' phrase from the mid 2000's.
I quite like his DTV stuff, truth be told (some more than his theatrical releases) but after all the hoopla.....neither 'Attrition' nor 'General Commander' were worth the 2-3 year wait (respectively)
I'd sooner he'd wind down his career making gritty urban thrillers (a'la 'Urban Justice') that don't cost a fortune to make, but give the fans what they want.
Under Siege 3 will (sadly) never happen 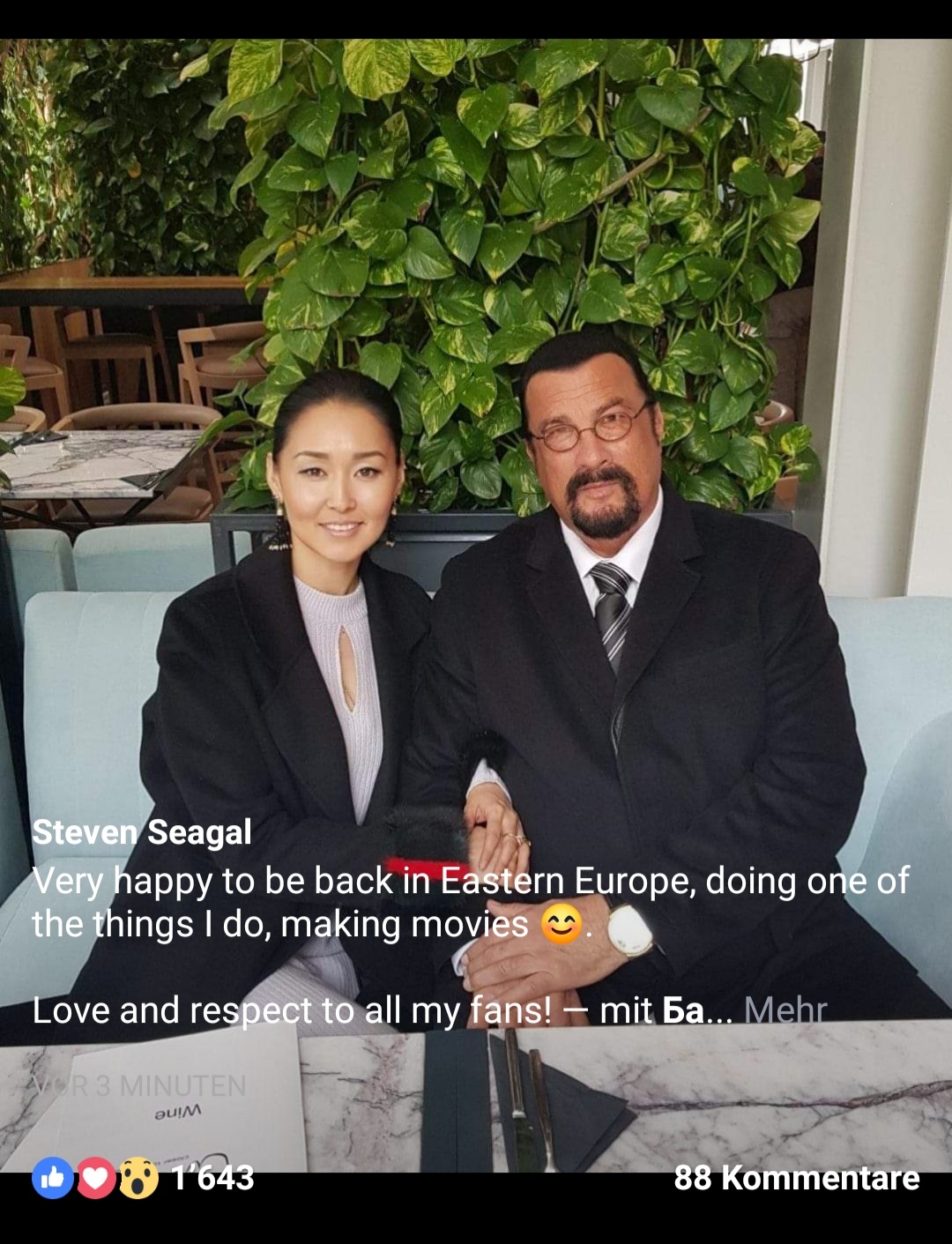 #6
Seagal looks great! Seems like he has lost some weight! Face looks thinner. He looks healthy.

#7
I agree, he does look like he's lost some weight in the face in that photo. Hope he keeps it up and this new film can show him doing his own fights instead of obvious stunt men.

#8
Now you mention it, his face looks thinner indeed. And ofcourse the most important part, he didnt stop making movies! Only the movies he did in eastern europe werent his best.. A Good Man for example

Staff member
#10
It seems he is filming a new movie indeed.

About the lack of information: that is the case most of the time with these low budget dtv movies. It is also happening with Van Damme or Lundrgen for example. Suddenly they are on a movie set.....

I will try t find some info. I just have the feeling this could still be Steal The Night.

They are looking for boys and girls (age 22-38) for characters in a club.
It was for Mondag April 8

#13
DiDa said:
It seems Seagal is filming in Bucharest, Romania again....
Click to expand...
Ooh lord not Romani again. He filmed A Good Man there right?

They are looking for boys and girls (age 22-38) for characters in a club.
It was for Mondag April 8
Click to expand...
Hahaha almost every movie of Seagal is in a club. I hope he isnt ‘touching a naked girl’ just like A Good Man and Contract To Kill again.

But April 8, that means that the filming has already started.

Staff member
#14
He filmed a lot of movies there.
For example

#15
Ooh didnt know there were so many.

Noo no DiDa, End of a Gun was in Paris

#16
Hmmmmmm I'm intrigued, I'll stay optimistic about it even though i have no idea what it's about BUT.. I'm going to say SEAGAL has filmed enough there to Maybe possible know what to do and what not to do so hopefully this one will be decent

Staff member
#17
SteDu said:
Noo no DiDa, End of a Gun was in Paris

Click to expand...
No, the story is located in France, but it was filmed in Romania.

Not very excited about this news. I would prefer Asia or America as filming location.

#19
I hope Keoni Waxman will direct