One In The Chamber - Lundgren / Gooding Jr.

Staff member
One In The Chamber is a new action movie from director William Kaufman (The Prodigy, The Hit List, Sinners and Saints) with Dolph Lundgren and Cuba Gooding Jr. 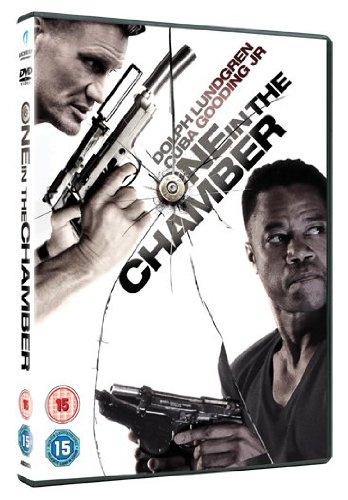 Staff member
In Germany and Holland the movie is called Last Bullet: 
In Prague, two skilled assassins make themselves available for hire to the Mafia. However, when one assassin, Carver (Gooding) takes a job with a gang he was once hired to eliminate, it launches into an all-out mob war where survival is about as certain as the number of bullets left in the clip. To make things worse, another assassin (Lundgren) has been hired to take out Carver and the result will make the streets run red. As Carver battles with his inner demons as well as his very real enemies, One in the Chamber doesn’t let up until the very last man goes down.​

Thanks DiDa. The sniper-scene is pretty cool.

Staff member
This looks very good for a dtv in my opinion. Lundgren is great in his sarcastic hitman role. But we owe a lot to director William Kaufman who seems to deliver great dtv movies at this time (Sinners and Saints, The Hit List)...