DiDa said:
Steven did film something in december 2019. I guess it's a commercial or something like that

Well guys, guess what?! I a back in the forum! So I thought I had to bring some news. This is indeed a commercial he filmed in december 2019. You can watch it here! Photos are from commercial http://instagr.am/p/B6deERnqI29/

I also heard he wil be part of the Monks of Shaolin! It tours through Europe it says but I dont know if that’s true!

Well... that was underwhelming but sure he got paid some decent money for it. Reminded me of a poor version of an advert he did in early 2000s for a drink but I forget which it is, but that was amusing where he takes out guys without knowing he's doing it haha. Any hope we'll get a film this year? I don't think we will

A lot of money I suppose. Yes it was some kind of energy drink, and he beats a couple of guys in a store, and in the end the owner too with a head butt. I likes that one more than this new one, this was just creating a new scenario where the same things happen actually.

And why the almost naked woman dancing for like 2 seconds?? Has nothing to do with the hole commercial. And a new film I dont think he wil be doing a new one this year... Not enough money for him that’s why he is doing the commercials.

Not even ‘the evening with Seagal’ is enough because he cancelled it because of his filming schedule. But what filming, hope not that commercial. But it was both in december so I think it was..

theeverlasting said:
Reminded me of a poor version of an advert he did in early 2000s for a drink but I forget which it is, but that was amusing where he takes out guys without knowing he's doing it haha....
Click to expand...

The Mountain Dew one?

In the end of July Seagal was a honorable guest on Baikal lake (it's in Buriatia, Russia), which is known as the deepest lake in the world, during the young fishes letting out into the water action. It is very touching shots with Steven.

Staff member
The ponytail is back!

Nice to see him in a recent photo doing something. He wears some odd looking dressing gown stuff these days, he must roast in the things! I guess it's to hide his size but it really does nothing whatsoever. I kind of was hoping this last 3/4/5 months since we've been locked down and limited, he might have exercised a bit and changed his diet but guess he's not bothered nowadays at his age. He looks happy there in the photos, though which is good to see

The article is bullshit. He hasn´t met Cormier for three years or so. He met him prior to Cormier´s fight against Jon Jones. Therefore it´s an older video.

He hasn´t met Cormier before UFC 252 as the article said. That´s bad journalism.

By the way Cormier lost his last fight because he´s too old for an MMA fighter or also too fat.

I'm not been funny, but Seagal's face just gets more and more of an odd shape as time goes on. I swear he needs to just go for a different look, I reckon even a full-on beard look would suit him, but stop dying it jet black sensei, it's got to now. 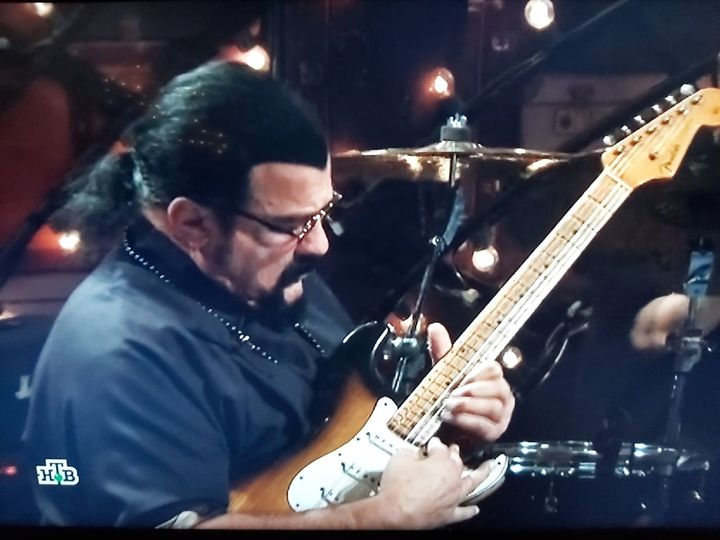 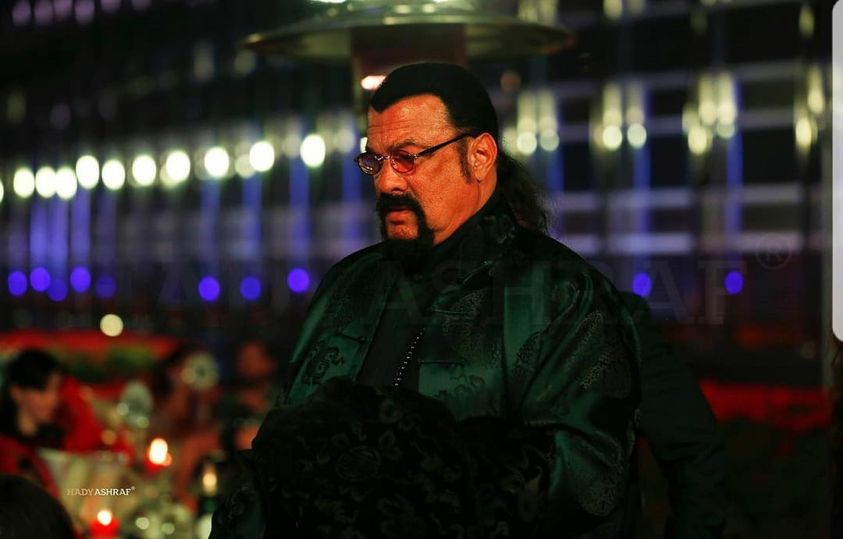 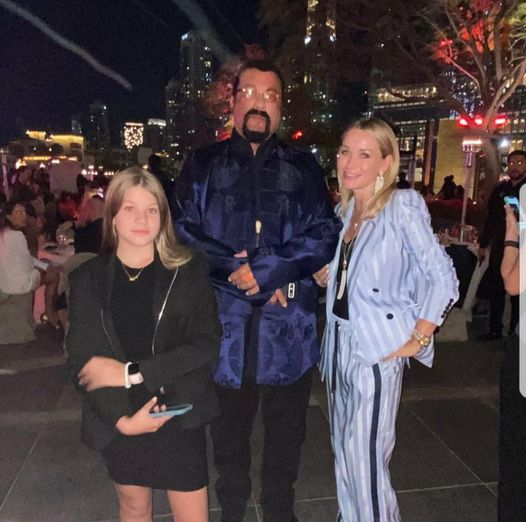 It's hard to tell sometimes due to the photos, but when Seagal's out of the limelight for a while I always hope that when I see him next he'll have lost a little weight. Sometimes it looks as thought he has, yet others it looks as though he just gets fatter. I know at his age he's not gonna work out much and he's just enjoying life, but I wish he would lose just a bit of weight. Come on Sensei, you can do it!!!

RYBACKSBACK said:
Is this still Dubai? Bet it was a 45!
Click to expand...