Plot:
This movie tells the story of a man who goes undercover in a hi-tech prison to find out information to help prosecute those who killed his wife. While there he stumbles onto a plot involving a death-row inmate and his $200 million stash of gold. 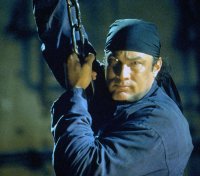