Overview Reviews (1)
Plot:
An unsuspecting university professor is an unwitting accomplice in a foiled Chinese cocaine deal. Wrongly imprisoned, he escapes to take his revenge and prove his innocence. 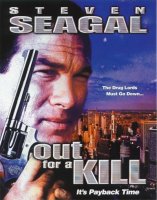 I must admit i was not expecting this movie to be very good, but first of all i must say it is not worse than The Foreigner or Half Past Dead. Overall it seems to be not bad. Direction of the movie is a slight improvement over The Foreigner, the special effects still look low budget! Although the bullet sequence was not too bad. Have a look at the segment when Steven Seagal is supposed to be flying the plane, we cut to the two DEA agents, have a laugh at the background.

I was extremely surprised by the martial arts sequences, these are a vast improvement over Half Past Dead and The Foreigner. There are a few excellent parts. I especially like the sword sequence and the restaurant. Some fights were over very quickly.

The plot was 10 times easier to follow than The Foreigner, but why does Steven Seagal always have to have a mysterious past? Can't they just make him play the normal guy?

The supporting cast was reasonable, the chinese at the table were funny, every time one disappeared the leader said the usual 'this guys becoming a problem' or something like that each time!

The DVD was quite poorly put together, the picture wasn't too great, i was struggling to read the beginning credits! The soundtrack was very good, but i found it strange how the soundtrack especially Seagal talking looks as if it was recorded elsewhere, have a look at the beginning sequence at the dig, when he's talking you don't see his face, when he stops you now get shown his face. Weird!

The extras were poor too, 3 trailers and scene selection. They could at least have shown us how the special effects were created.

Overall a much better movie than The Foreigner and Half Past Dead in my opinion, but still not near Steven Seagal's early work unfortunately.