I am liking this one.
I think it is very exciting and also Steven seems to be enjoying himself while making it. He seems more angry in this one and his voice sounds a little funny at times indeed. I am wondering if he had a sore throat at the time! Poor Steven. It does seem cold when they were filming. Perhaps that is why he is wearing a different jacket in this one. Perhaps the leather ones were too cold? Indeed, This film excites me! I am liking Lisa Lovbrand. She is nice.

At first congratulations to Craig's demand on free flow of opinions and respect other peoples reviews. On the other hand I never watched any film for evaluation, but for entertainment or whatsoever, but we are here on the forum now. On US5 or FiveUS every Mon&Tue is a Seagal movie. So you can catch up and built up opinions. For me Attack Force is a very bad film. I disliked environment, its full of arrogance, agression and coarseness, which anyway is far too much in our world, hence shouldn't be further popularized.. much more ennobling role he plays in the Belly of the Beast for example where least beautiful martial art's, sword play scenes are visible

Staff member
Blu-Ray review : http://www.blu-ray.com/movies/Attack-Force-Blu-ray/63146/#Review
Warning it is not good.

Administrator said:
Blu-Ray review : http://www.blu-ray.com/movies/Attack-Force-Blu-ray/63146/#Review
Warning it is not good.

Ah Attack Force, very much the nadir of Seagal's career.

One thing about films as bad as this though, is that the reviews are always enjoyable to read

Staff member
So, it was time to re-watch Attack Force. I prepared myself for the worst and try to look for things that I did like. There were some things I noticed.

I think the bad things are discussed more then enough in this thread already, so I'll just say what I did like.
For some reason I like the atmosphere in this movie. It fits the story. It's dark, cold and blue.
I also noticed (maybe I am wrong) that Seagal lost some weight for this one. I mean in Mercenary For Justice or Shadow Man he was really, well.....fat. But it seems he lost some weight for this one. I must say Seagal looked good.
The story is a little bit of a mess, but at least I could follow who was after who. I like the beginning where the team gets killed and you get the feeling some sort of detective story is about the evelop.
The action was fine. There were 2 real explosions and no green screen effects.

It's sad, because this movie had some potential. They just should have had a straight forward script. I dont care if it was about Aliens or the CTX drugs. Now it's a mix of 2 scripts. And that doesn't work. The voice dubbing (not only for Seagal) is very bad. The lines even don't synchronise with what the characters are saying.

I think Seagal really was trying and was open to a story that he hadn't done before. I mean, at the end he gets hit 3 times by the Alien Queen (apparently that's what she was called). Normally ego Seagal wouldn't allow this.

The producers are the ones who fucked this one up.

On to Flight of Fury.
F

It almost seems too easy to “attack” Attack Force as it’s so obviously awful.

The dubbing, my god, the dubbing.

All over the place story.

Awful lighting, in a dialogue scene towards the end you can barely see Steven’s face.

Telephone call where Steven says “Flattered you recognised my voice” - the irony.

Walls and pillars seemingly made of styrofoam. 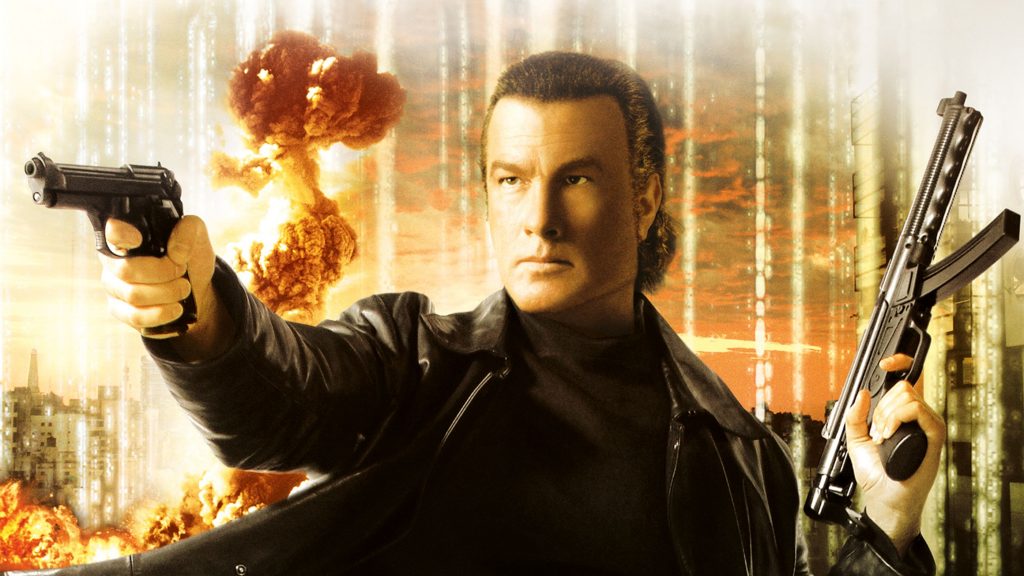