#1
Actually heard this on the way home from work this morning on the all-news radio station. Must be a slow news day.

He should have been arrested just for being this stupid!

YREKA - An early morning raid by law enforcement on a home in Big Springs has resulted in the arrest of three people, including 25-year-old Joshua Lee.

Lee was arrested on a no-bail warrant charging him with violating probation in a 2003 domestic violence case, and leading police on high speed chases to escape arrest twice within the past three months.

The Special Response Team (SRT) from the Siskiyou County Sheriff's Department fielded nine officers, including Deputy Behr Tharsing and his K-9, Gotto. Officers from the Siskiyou County Narcotics Task Force, Yreka Police Department, the sheriff's department and the SRT team all converged on a house on the Steven Seagal ranch in Big Springs at 5 a.m. this morning where Lee was reported to be living with his parents, common law wife and two children.

As soon as officers knocked on the door of the home, Lee reportedly vaulted out of a second story window onto a porch roof on the house, dressed only in boxer shorts. When Lee jumped 15 feet from the roof to the ground, he was immediately tackled by a sheriff's department sergeant, but Lee was able to wrestle away and take off running. The sergeant was reportedly injured in the encounter. Officers and the sheriff's department K-9 "Gotto" took off after Lee. Deputy Tharsing said Gotto was within inches of grabbing Lee, when Lee darted off in another direction and got away. Lee was eventually found hiding in a shallow ditch and was taken into custody by a member of the SRT team.

Lee is expected to be charged with battery on a peace officer for the injuries sustained by the sergeant this morning, in addition to the charges contained in two warrants for his arrest.

One of the warrants charges Lee with violating his probation in a January 2003 case when a Yreka woman told police Lee had held her at gunpoint for three days and threatened to kill her and her family if any of them reported him to police.

The second warrant charges Lee with felony evading an officer and injuring a passenger in a hit and run accident. In November, Lee reportedly led Yreka police on a high speed chase to avoid arrest that ended in Hawkinsville. Lee reportedly crashed the car and took off running, leaving an injured passenger in the car. A second high speed chase within the past two weeks ended when Lee accelerated to speeds in excess of 130 miles per hour on Highway A-12 east of Yreka. Police determined that to continue with that pursuit was too dangerous and backed off from the chase.

Lee's parents, Donald and Cynthia Cameron, were also arrested this morning on charges of harboring a fugitive.

"It was obvious from talking with them that they knew Lee had warrants and we were looking for him, yet they made no effort to turn him in," said a member of the Task Force.

Donald Cameron is reportedly a foreman at the Seagal Ranch and both he and his wife are being held without bail.

According to jail officials, bail on charges of harboring a fugitive is set at the same amount as bail for the fugitive.

Since Lee is being held without bail pending arraignment, so are the Camerons.

Staff member
#2
Oh, no.... not more trouble, even if it is indirect, for Steven. The parents were only doing what parents do, even if it was ill-advised, but still.

Where is Yreka and Big Springs, anyhow?
S

Staff member
#4
Wow - that is way up at the top. Is this the ranch where he grows his herbs for his essential oils business that don't seem to be selling anywhere any more?

Lots of action there..... This guy should be making action movies too.

#6
Well, this is terrible news...
More trouble for Steven, ack!
And I feel sooooo sorry for the guys parents,
I mean what would you do in that situation?
He's their son, after all...
Poor Steven, he really doesn't need this at all...

I hope you are well and happy, my love...
I am sending you big hugs and kisses, my darling...
I wish good things and happiness for you, now and forever...
I adore you more than any man in this whole wide world!
You are wonderful!
I love you!
Always, always, always!


ps: please click this link, you will find too many wonderful things about Mount Shasta and Medicine Lake. Steven's ranch is nearby Mount Shasta at Siskiyou County.

#11
suziwong said:
....please click this link, you will find too many wonderful things about Mount Shasta and Medicine Lake. Steven's ranch is nearby Mount Shasta at Siskiyou County.

http://www.medicinelakevideo.org/film.html
Click to expand...
Thank you for that link, Suzi. I saw that a long while ago, but enjoyed seeing it again. 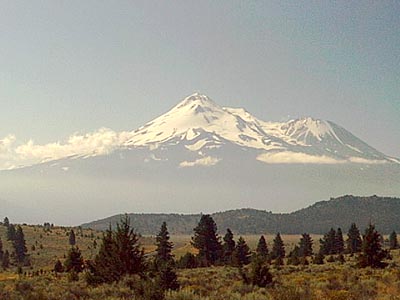 Steven we love you.

#14
I don't think it reflects badly on Steven. It was just an employee,who sounds like he deserves whatever he gets.

Staff member
#15
I didn't think it reflected on Steven. I just thought it was bad luck that it was one of his employees - again - who got arrested.

#16
I to think that this guy got what he deserved,he was really stupid thinking that he wouldnt get caught one day.Its just a shame that it just happens to be around STEVEN..Heather.

Click to expand...
Suzi - what Amos meant was, this story wouldn't have been reported if the ranch had belonged to an ordinary person, someone not famous like our Steven.

Being a cherokee descent it touced my heart of courseto hear about merdicine lake. !0 years ago Steven mad a similar speech on Deadly Ground he was so far ahead of his time it wasnt funny..I just heard that Exxon has to pay billions for the Valdez incident they should that was a pristine area, and again Steven was right that oil was not even needed there are dozens of ways to get energy and oil has been outdated at least 50 years..Amen

and I like the part where he had the environmental section they told him if he wanted to add that use his own money THank You Steven we got the message loud and clear he was just trying to tell us truth because no one else was going to but then again thats just the way he is and why hes loved so much tells it straight..appreciate that.

Hes not even home right now so Im sure this will have little or nothing to do with him just so happens to be his ranch thats all..cant help people from themselves if he was on probabtion he isnt now..looks like Stevens gonna have to get a new foreman..fraid so..

#20
Hang on a second, Guardian!
It's the "father", Donald Cameron, that works as a foreman for Steven.
The young man, Lee, did not.
I'm sure that had the parents just turned the boy over to the police they
would have been called all kinds of names. It would have been said that
they didn't love their son, cared nothing about him. Which, of course, isn't
true. They would have been doing what was best for him.
But since they didn't and they harbored him, they must now pay the consequences
for their actions.
One would think, that after all the problems Lee's had, they would know that harboring
him was the worst thing they could do. They were, in reality, putting the lives of themselves, the young woman and those children at risk!
Sometimes lessons a very hard to learn. Hopefully, they will learn from this. But, I
wouldn't hold my breath.
Amos is right! It's because it was Steven. If it had been Joe Blow from Kokomo, it
would never have made the headlines! It would have been just another nut that was running loose and got caught.
God bless,
Mama san
You must log in or register to reply here.
Share: Facebook Twitter Google+ Reddit Pinterest Tumblr WhatsApp Email Link