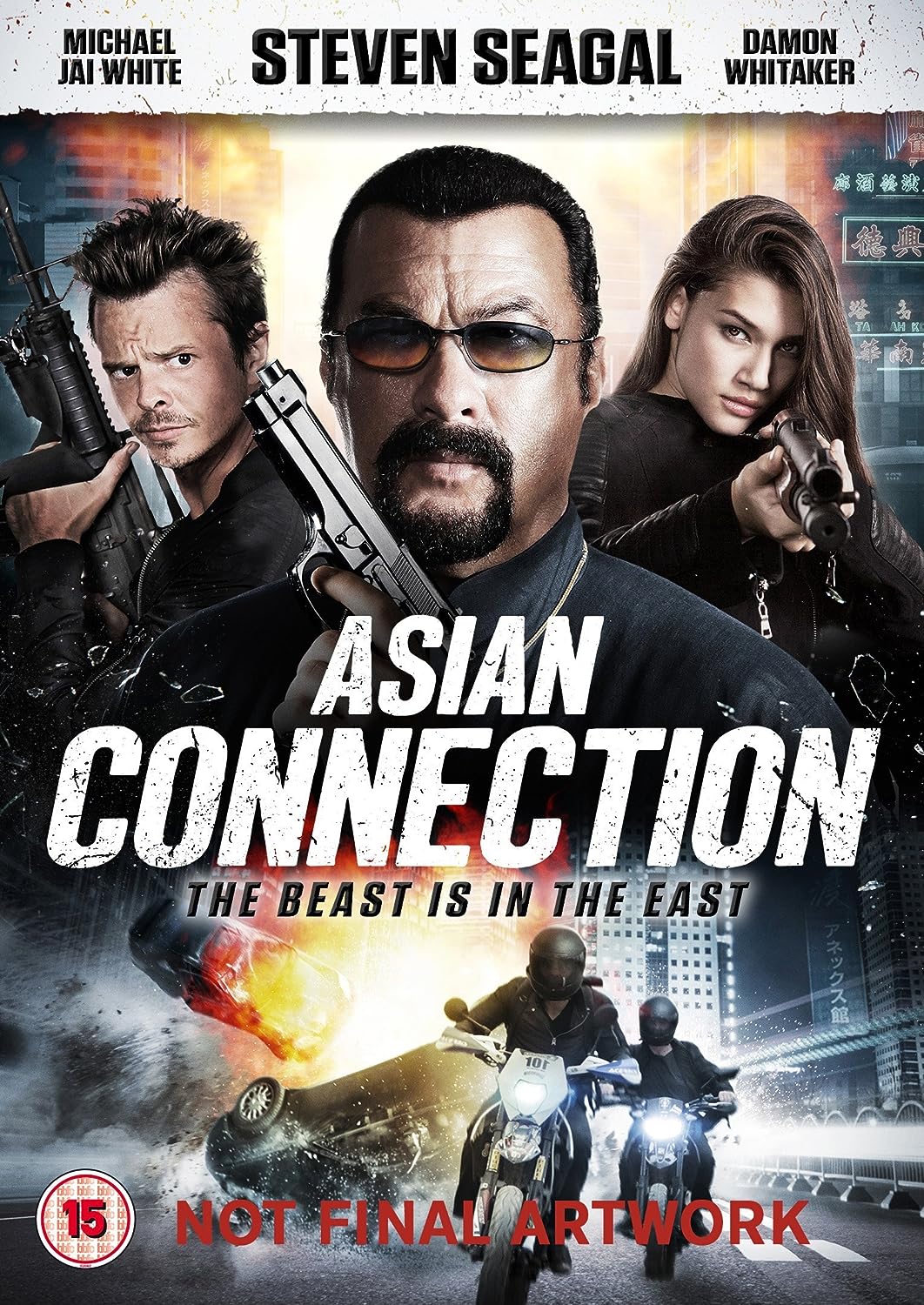 Staff member
#122
Interview with John Edward Lee (the lead of Asian Connection). I didn't know he also played one of the punks in Terminator Genesis:

Staff member
#124
Review from LA Times. They did not know that Steven Seagal and Michael Jai White would not be the lead actors.

#127
Bought this yesterday and although its not has good has the Waxman stuff(IMO) Its a better film than COH which was awful.

The trouble with this is When Seagal/MJW are not on screen the film suffers badly.

#128
rastafari said:
Bought this yesterday and although its not has good has the Waxman stuff(IMO) Its a better film than COH which was awful.
Click to expand...
If you think Code of Honor is awful, you haven't seen Sniper:Special OPS yet...

#129
rastafari said:
Bought this yesterday and although its not has good has the Waxman stuff(IMO) Its a better film than COH which was awful.

The trouble with this is When Seagal/MJW are not on screen the film suffers badly.
Click to expand...
Thats how its been for Seagal's movies since after Exit Wounds.
Last edited: May 15, 2016
R

#130
Sniper:Special OPS is a film ill never watch....Just looking at the director you could the tell the film has gonna be utter crap

I also watched COH last week and thought it was rubbish....The twist at the end was the final straw in that film
also the CGI was up there with OFAK

The movie itself is just outright boring. If it wasn't for Seagal this movie would probably not even have been made. Seagal is the one who carries the movie, and he is not even the lead. Unfortunately it doesn't work at all when he is not on screen, but I like his character much better than the one in Code Of Honor.

I just watched The Asian Connection. I can't say I really liked it, but it also has it positive things. And that are Steven Seagal, the cinematography and the fresh and colorful locations. I think the movie looks better then Code of Honor. Asian Connection has no CGI and was really shot on location. Guys, we have to keep in mind that this is really low budget movie making and with the sources they had, Zirilli and his crew made a decent movie. Where Seagal mumbles his lines and looks bored in Code of Honor, he really looks motivated in The Asian Connection and there is no sign of his double.

The action is not spectaculair, but on the other hand you can say that the action is realistic. But the main problem of the movie is that it moves too slow. After 30 minutes I had the feeling that this was going to be fun, but after an hour I got a little bit bored because the pace is too slow. The last 15 minutes the movie starts to live again because Seagal is going after the main characters himself, because his henchmen failed. The ending was a missed opportunity because it ends as every other Seagal movie. Probably because Seagal wanted it to end this way.

The Asian Connection:
- Seagal is good and has a decent amout of screentime.
- The other actors are fine, only Byron Gibson of the other actors really shines (great and funny role sometimes)
- The action is not spectaculair.
- Some cool dialogue ( from Seagal and Michael Jai White who only has one scene by the way)
- Nice locations
- No CGI as you can tell everything was filmed on loacation.
- The passion of Zirilli is shown on screen. It's too bad that nobody would let him work with a bigger budget. Hopefully in the future.

It's good to see Steven trying something different once in a while. But after all those supporting roles I would like to see him back as the lead actor who is killing the bad guys. Although my most anticipated Seagal movie right now is The Perfect Weapon. I am wondering how End Of a Gun and Contract To Kill will turn out.

#136
To be fair Manlymovies hate nearly all Seagal films and although this is not a good film ive seen alot worse....id give it 4 or 5 out of 10 for a STV film
COH id give 4 out of 10 and i have not seen Sniper